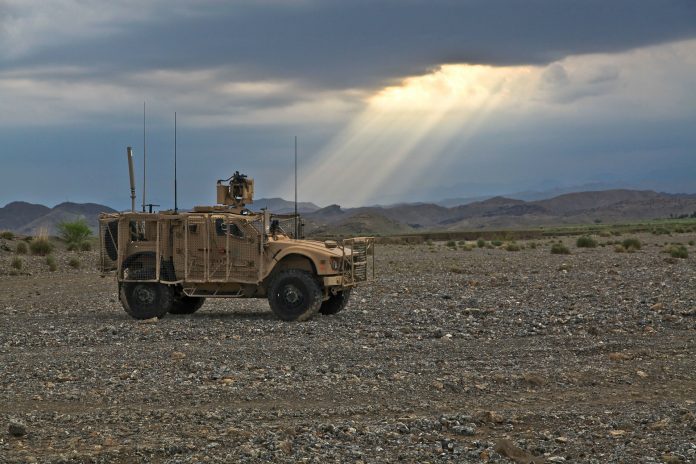 The United States’ withdrawal from Afghanistan has struck much controversy.  Many of the manipulated public regurgitate the ramblings of the media that leaving Afghanistan is a mistake and that the Taliban will wreak havoc on the country.  The chaos that has consumed Kabul is advertised in media outlets daily constantly drilling into the American minds the comparison between what’s happening now and the fall of Saigon at the end of Vietnam. Right-wingers, including Donald Trump, have used the situation to bash President Biden on his failure at evacuating Americans and others as if it would have been different with their foot on the petal.  Government in general, not just one specific party, is an incompetent organization.  It’s also worth pointing out that the issue with Afghanistan is a right-wing fueled conflict that started under Republican rule, not that it would have been any different with the Democrats.

In the academic field the snobby so-called “experts” mark this as the end of the American Empire reminiscing of the fall of the British Empire after World War II.  I suppose if the U.S. were to stay in Afghanistan the Empire would remain intact because everything was going fine up until the moment Joe Biden declared the withdrawal.

As usual the overpaid academic elite got it wrong lacking the eyes to see what’s been right in front of their faces: corruption, drugs, and guns.  I, for one, would argue that the decline of the American Empire has been going on for the past twenty years since the United States planted their feet in Afghanistan.  The twenty-year war has costed the American taxpayers $925 billion all of which is only the interest, being that it was paid for through debt.  The projected cost of interest is expected to grow to $2 trillion by 2030, a cost that will have no effect on the government and organizations that started the war.  That burden will continue to fall on the U.S. taxpayers.

But what’s most disturbing about the Afghan War is its nexus to the international heroin trade.  Since its invasion by U.S, and NATO forces the heroin trade has skyrocketed to phenomenal heights.  Afghanistan is claimed to be the source of 90% of the world’s opium.  Certain scholars of the drug trade have deemed Afghanistan the first real Narco-State.  But the origins of the country’s opium trade begin well before 9/11 and the Bush/Cheney Administration.

In 1979, the CIA began something called Operation Cyclone which greatly funded the Afghan Mujahideen militias “in an attempt to bleed dry the then-recent Soviet invasion.”  For the next ten years the CIA worked together with Pakistan’s ISI to “funnel $2 billion worth of arms and assistance to these groups, including the now infamous Osama bin Laden and other warlords known for such atrocities as throwing acid in the faces of unveiled women.”

And how were these warlords able to move their product out of the country to infest the neighborhoods of the world?  Well, by you and me.  Trucks that were filled with “U.S. taxpayer-funded weapons” would be sent via Pakistan to the kingpins of Afghanistan who would then take the weapons and reload the trucks with opium to be sent throughout the region.

What’s interesting to observe during this whole debacle is that the Taliban, the very terrorist group that the media loves to despise, banned opium in 2000.  Of course, they too would end up becoming players in the dope game as well.  The opium trade would be used as the financial source of the Taliban which would be utilized to bankroll their guerrilla operations for the next twenty years making way for the defeat of the U.S. in that region.

Scholar Alfred McCoy states that “by 2008, opium was responsible for well over half of the country’s gross domestic product.”  Moreover, the U.N. “estimates that around 6,300 tons of opium (and rising) is produced yearly, with 224,000 hectares-an area almost the size of Rhode Island-planted with poppy field.”

Western forces like NATO would be easily played by Afghan drug czars into guarding their poppy fields and production.  Its indescribable the idiocy of the Western forces especially the U.S. in assisting major criminals in destroying their competition in the drug trade.  Believing with religious zeal that we were stomping out opium production when, in reality, we were paving the way for hegemony in the Afghan drug trade.  “The logic was ‘we don’t want to take away the livelihoods of the people.’  But really, what we were doing at that point was protecting the wealth of our friends in power in Afghanistan.”

To fully appreciate the U.S. assistance in the opium trade we must look at the example of Gul Agha Sherzai.  Sherzai wiped out the crops of his competitors in the Nangarhar Province while subtly leaving his own farm untouched in the same province.  In return for taking out his competitor the U.S. gave him $10 million in cash in the belief that he was doing it for the good of the country and not for his own interest.

An even bigger player in Afghan’s dope game was Ahmed Wali, (who would be assassinated in 2011) former Afghanistan President Hamid Karzai’s brother who happened to be suspected of being on the CIA’s payroll.  For instance, a truck filled with over 110 pounds of heroin was ceased by American and Afghan counternarcotics in Kabul around 2008 that linked it to a bodyguard that was believed to be connected to Ahmed Wali Karzai.  This was during a time when Wali’s brother, Hamid Karzai, was President.  Both brothers of course denied any connection to the truck and have long claimed that their drug connection are false allegations spewing from their political enemies.  It is worth noting however that many in the Karzai government benefitted from the drug trade including payoffs to “police chiefs, judges and other officials.”

Afghanistan has been utilized by both the corrupt politicians of the country and Western governments for their own interests.  The Afghan War has been one of the biggest money wasters in recent history that just so happened to create a global drug trade that has continued to flourish for twenty years.  The catastrophe that is the opioid crisis is frequented in the American media.  Its in our faces not just from the media but in everyday life regardless of the neighborhood.  And yet the American people are too ignorant to make the connection between the two.  They eat up whatever nonsense the media and government tell them becoming convinced that more war is the panacea to our problems.  What have we accomplished since going over there?  Not improving any of the Afghani citizens lives that’s for sure.  The number of Afghans that are living in poverty has risen from 9.1 million in 2007 to 19.3 million in 2016.  The opium business is booming.  More Afghans are heroin addicts than they were prior to U.S. occupation not to mention those of us in the West.  The debacle has further put the U.S. into more debt that will only fall onto the gullible taxpaying citizens.  So, why then must we stay and further hurt ourselves.  They say that insanity is doing the same thing repeatedly expecting to get different results.  Are the American people insane or do they just enjoy partaking in sadomasochism?

The Afghan War, in short, is a multi-trillion-dollar scheme to dupe the consumer addicted American citizens into paying to fund an international drug trade that has ravaged the world over.