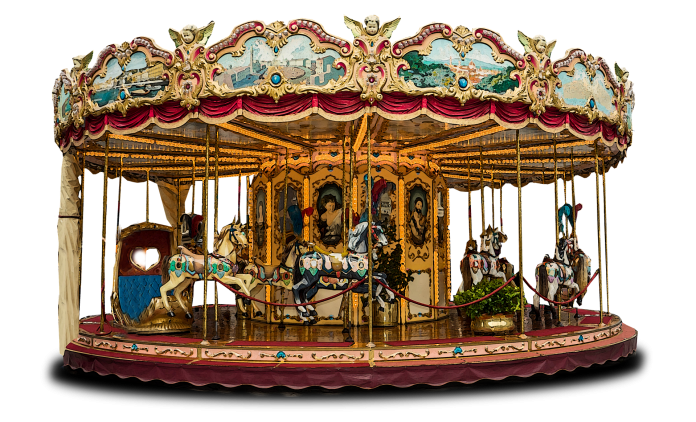 The U.S. has been in turmoil for the past couple of weeks following the death of George Floyd, an unarmed black man that was murdered by officer Derek Chauvin and other Minneapolis police. This along has caused a backlash against the so-called establishment. Protests throughout both the U.S. and the rest of the Western Hemisphere have occurred in every major city. As a result riots and looting have occurred in many of the downtown and lower income neighborhoods. Windows were smashed. Stores were raided. Cars were set on fire. Rioters attempted to storm the White House and President Trump was hiding in a bunker.

If one exposes themselves to the news and social media constantly they might believe that America is falling apart and its time to take the kids, the guns and the canned food and head out to the woods as the cannibals devour each other and society burns. Of course, this is not reality. Yes mass protests are occurring in every city big or small. And yes, their has been destruction. However, the violence has been limited to, as mentioned before, certain areas. If you live in any other part of the city or in suburban or rural areas you would not even be aware of the protests if it weren’t for the news, Facebook or Twitter.

Everyone seems to agree that George Floyd was murdered and that the police involved deserved to be brought up on charges. However, their is still the usual divide on what should be done systematically to prevent tragedies like this from happening again and on the protesting and riots. Those on the right do not believe that their is anything wrong with the system and that the incident with George Floyd is isolated to just the four offices and that the high crime rate in the black communities is what probably caused the hostility. As for the protests, they believe that the blacks and people on the left are using Floyd’s death as an excuse to steal and destroy like savages.

People on the left believe that all cops are racists and killers and the cops should be defunded in the cities. As far as the rioters well, they think that it is good that people are rising up and fighting the system by looting and stealing and destroying property. It’s social justice at it’s best.

But theirs also a third group of people. This group consists of people who aren’t as easily manipulated by the politics or the media. They could be Democrats, they could be Republicans, they could independents or not even vote at all. The main thing is that they have enough common sense to not eat up everything the T.V. tells them too. It used to be that these people were the majority but as time has moved on their are less and less of them. This is because of the technological advancements of society within the past few decades. We are constantly exposing ourselves to corporate rhetoric via social media and news updates from our smartphones. The media, celebrities, our friends opinions along with advertisements and political videos, all things that influence us into thinking in a certain way, as well as triggering emotions, are constantly being injected into us throughout the day. The more we expose ourselves to these things the more we lose our instinct and the understanding of who we are. This why so many of us have fallen into the herd mentality and are trapped inside one of the two boxes.

This may sound bizzare and cynical but the truth is most people do not live in the real world. Rather, they live in one of two boxes. One box is colored red and the other blue. They’ve been programmed from early on to hate their fellow man, whether its because of idealogy, race, religion, etc. They refuse to except any other opinion or idea. Reality is whatever their political and celebrity Gods tell them it is. First the media focused on Covid-19 which convinced everyone to be at each others throats about shutting the economy down or quarantining people. Now, everyone’s forgotten about it thanks again to the politicians and the media. They instead now put emphasis on the death of George Floyd so like good sheep they huddle into their box and become outraged because the media is insinuating people ought to be.

I wonder how many innocent victims have been killed by police before Floyd’s death. Or how many civilians have died in foreign countries thanks to the idiotic wars and interventions the U.S. has started. And yet their is no outrage. Their is no outrage because either no one realizes its happening because the media isn’t covering it or emphasizing on it like they are with George Floyd. Or like in the case of foreign wars, the media portrays it as a good thing because we’re “spreading democracy.” I didn’t realize that spreading democracy was spreading innocent people’s insides all over the place. And yet, the masses still continue to support these people in Washington, D.C. in hopes that they will reform the system to the way they see fit which is just more of the same. Because people only know what the talking heads tell them. And the talking heads are apart of the same system that’s causing the problems.

It’s the same thing we see over and over again. The media focuses on a particular incident which then stirs things up. A bunch of marches and riots occur in areas and politician say a couple of fancy words to sedate everyone. Most of society lives in ignorance. Their only knowledge comes from what Facebook and Twitter show them. Critical thinking skills are becoming more and more extinct. Real social justice would be a total disconnection from the system. We should not be working with individuals that blow up innocent people overseas or militarize police forces so they can terrorize the neighborhoods that they’re suppose to protect. Yet, people are marching in the street demanding that they change the system. The system can’t change nor can the people running it. They just can’t help themselves. They don’t live in the same world we do. They are the elites and we are the common folk. They have no idea how regular people live nor do they care. They just say whatever they have to in order to gain acceptance from the masses. The system isn’t broken, its working just fine. It’s doing what its suppose to do and that is oppress people.

Let’s go back to the left-right fanatics. Niether side really understand what’s going on. Social media is littered with opinions, both believe the protesters organized the riots, its just that people on the right denounce it and those on the left are for it even though they would never want rioting like that happening in their neighborhood. Both sides are completley wrong. The rioters are a combination of largley white, middle class individuals that live outside the city and local gangs that were taking advantage of the chaos. The majority of the people protesting; particularly the black and working class, were peaceful protest. The violence usual either comes from gangs or surbanites that usually have too much time and money on their hands who aren’t affected by the damage they cause. In Austin, for example, many of the hipsters that have helped to gentrify the city, decided to do some damage and as a consequence one of the few black business’ in the city that was already struggling thanks to Covid-19, was trashed.

Things aren’t going to change, at least not for the better. Their are no grassroot organizations anymore, not really. They’re all in some way backed by billionaires and corporations which are the people we’re suppose to be fighting. They focus on small things like policy change and politics. Or to use appropriate pronouns or be more politically correct like changing the mascot for a school to something less offensive. Sure, their is now a call to defund the cops altogether in many cities. However, that too will change once trusted politicians, civil rights leaders and celebrities support some type of reform bill that’s suppose to make things better but instead will have enough loopholes in it that will cancel out any hope of reform.

We’ve become too infatuated with entertainment and politics to be able to think on our own. We need the opinions of people more powerful and popular than us to know how to live our lives. The people that are considered heroes live in Beverly Hills whereas, the real heroes are broke and nameless. Because if your not being accepted into the system than it means your actually fighting it. The activists and muckrakers of the early 20th Century would of never have been caught taking money from people like the Ford Foundation which pretty much has its tentacles in every type of activism their is. That’s why nothing ever get’s done and we’re all stuck on this merry-go-round of experiencing the same things over and over again. Wars in the east. Police brutality. National debt. Labor issues. Inflation. It never ends, in fact, it keeps getting worse. The Ford Foundation has more influence and wealth than whole countries and yet many don’t even know it exist and those that do see it as a vessel for social justice. It is in fact, a wolf in sheep’s clothing that is meant to harm and not help.

Many of the world leaders have come out and put their two cents praising George Floyd and denouncing police brutality. People like Pope Francis who’s money-grubbing organization protects pedophiles. And the Foreign Ministry of China who surveils all their citizens and uses some of the harshest authoritarian measures against them. Or Canadian Prime Minister Justin Trudeau who like the U.S. has been causing devastation throughout the Middle East. The fact that these people are coming out to denounce the killing of George Floyd is laughable. They care nothing but to get praise from people in order to avoid criticism and uprising against their crimes against humanity. Unfortunately, the naïve masses will eat this up to.

Society has been put into categories and subcategories. Black, white, Latino, Muslim, Christian, Jew, conservative, liberal, progressive, Marxist, gay, transgender ect. The media paints people practicing their constitutional right to protest in the same manner they did Covid-19. Similar to the map used by John Hopkins to identify hot spots for the virus with different colored and sized circles, another map was posted on the news illustrating which areas had large protests. Since the Covid-19 virus some of the elites even claim that humans are biohazards.

It has to be understood that their is no left and right, they don’t exist. Their are only those that choose to keep themselves trapped in a box absent of any free thought and those that can think and do for themselves. If we want change we need to create actual grassroots movements that aren’t compromised by special interest. We need to get out of this herd mentality and blindly react to what the media shows us. We need to consistently focus on police brutality and not just when the media puts emphasis on it as well as denouncing costly wars overseas. We need to stop worshipping celebrities who don’t care and are incapable of relating to us. We need to totally disassociate ourselves from the system as a whole.

The God’s They Believe In