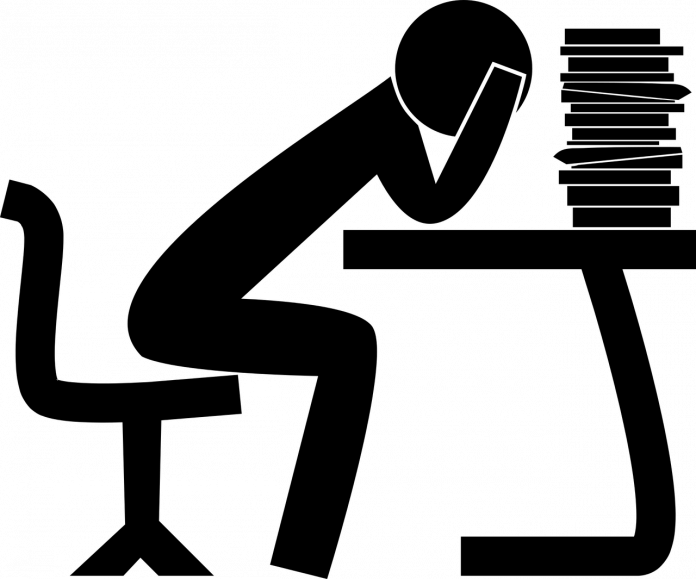 It is seeming a little apocalyptic.  The amount of people in society that have been dumbed down to the point where they cannot even remember controversial events from just a few years ago.  In the aftermath of the buffoonery that occurred at the Capitol a few weeks ago where a bunch Q/Trump fanatics stormed the Capitol building which resulted in the deaths of several people, many people were living in a state of fear, anxiety, and rage.  At least, right up until Joe Biden’s inauguration.  But most have forgotten that something similar happened almost four years ago when a deranged leftist shot up a Republican softball game or how the Clinton obsessed peons took to the streets and destroyed property and business.’  The same thing has been happening since time immemorial.  Both sides of the political spectrum have always rioted, killed, and caused havoc over the snobby know-nothing politicians that care nothing for them.

But to the people of Western society this is a first.  Nothing as sensational and destructive has ever occurred until the “Q Shamon” crew took center stage a few weeks ago.  Moreover, people are not only ignorant to recent history, but they are also incapable of asking questions.  There has been little talk about why they were able to break into the Capitol.  What’s the background of D.C.’s chief of police?  The mayor?  Why did the Pentagon deny requests for National Guard during the siege?  And do not even bother asking people if they have any concerns regarding what all this means for the authoritarian police/surveillance state that this event is going to intensify.  We already live in a highly surveilled and militarized society thanks to the events of 9/11 and now Covid-19.  Now, the predator class i.e., the government/corporate elites, are using this domestic terrorist conundrum as an excuse to take away even more of our freedoms.

Again, how come everyone is so gun hoe about this.  Were there not just people rioting in almost every American city back in the summer over the police murders of George Floyd and others?  What happened to all this talk about defunding the police?   Isn’t this what Donald Trump wanted, an authoritarian, Nazi like police state?  So why isn’t anyone raising an eyebrow about contact tracing and the push to militarize police even more than they are now?  The media has everyone in a frenzy over Covid-19 and domestic terror just as they did almost twenty years ago with foreign Islamic terrorists.

The very bi-polar public cannot seem to make up their mind about what they want.  They march in the streets over police brutality but get googly-eyed over a superfluous police state and miniscule choke-hold prevention laws that are only put into place to make it seem like the governments doing something about the authority’s murder mayhem.  They basically just go along with whatever the trend of the month is.  Back in the summer it was police brutality, now it is more authoritarianism and monitorization to protect us from domestic terror.  This proves that the public is incapable of making its own decisions and thinking for themselves.  Their constant contradictions and obliviousness to even the most recent history illustrates that without a doubt.

So, how did we get here?  How did we get to the point where loving freedom and liberty and having common sense became such a taboo?  To answer that we must look at our education system.  The very institutions that are supposed to teach us and make us smarter and independent are dumbing us down and they have been for an exceptionally long time.  In school, kids are trained not taught, to regurgitate and not learn.  This is done largely using standardized tests.

Standardized tests for one thing, take away the student’s ability to learn.  Standardized tests teach nothing but how to briefly memorize questions that will be forgotten shortly after the test is over.  Furthermore, the laborious and boring process of studying for these tests most likely are a major cause of ADHD.  The emphasis for perfection in test scores could possibly be a big factor for obsessive-compulsive disorder (OCD).

The standardized tests further pin student against student in a contest to see who gets a better test score.  Its implied that those that fail to do well on the test are lesser than and suffer from some type of mental deficiency.  Often the students who do not test well are put in special classes and often even have a second teacher hovering around them in the regular classroom.  This further degrades the kids implying to most of the class that there is something mentally wrong with them.  That somehow their less than.

There has been a lot of talk about how kids are so anxious, depressed, and suicidal.  The blame usually gets placed on bullying and it is true that bullying has intensified in the era of social media, but it is never mentioned how the education system itself is probably the biggest bully thanks to its cutthroat standardized testing system.  The teacher, unwittingly, plays the role of a potentate ruling over the classroom like it is a fiefdom and the students are the serfs.  And the standardized test; well, that is the gold.  The company’s manufacturing the tests are private companies not publicly funded through the school.  The companies make a killing when school districts by their tests.  If kids are forced to stay behind a grade because of poor test scores, prolonging their freedom to get going on life and therefore having to take an extra year of tests than that is more money for the companies.  Moreover, the better the test scores the better funding the school will get being that the federal and state governments put so much emphasis on high test scores.  Obviously, money plays a huge factor in this drama.  This Faustian attitude towards learning is the epitome of what is wrong with the education system.  The focus is on profit not learning.

The test is doing more than just having a disquieting effect on students.  Its dumbing them down and destroying their ability to think critically.  As stated, before it trains, like an animal, the students to regurgitate.  So much time and energy are placed on preparing for standardized tests that theirs not as much time to learn about things that actually matter like civics, networking, solving social problems and allowing kids to be creative.  In fact, creativity is often shunned because choosing to think differently than others and be unique, which is the very essence of what makes us human rather than just mindlessly agreeing with whatever the latest trend is like a robot, is anti-social.  One would think it be the other way around.

Its injected into our minds that these standardize tests are a panacea and number one source to succeeding in life.  But just mindlessly filling in circles and memorizing information that not only largely consists of information that will be useless in the real world but is also easily forgotten will not determine if someone’s future is going to be bright or dim.  In fact, it is almost certain that it will have a negative effect on them.  Remember, they are not being taught life skills or being permitted to let their creativity shine.

The fact that its implied that scoring high on mind-numbing tests will get you a career and a great life is ludicrous.  Networking and communication decide those things.  Being able to figure out social issues will not only teach you how to use your mind but become a productive member of society.  Learning about civics which is even more ancient curriculum teaches kids the structure of their government and how it functions thus, kids will learn the importance of being involved in their community and spot bullshit in politics.  The fact that civics is barley even taught in school in many cases, goes a long way of explaining why so many people today cannot even figure out what their own local government is up to.  Creativity allows the student to grow intellectually which then makes it easier for them to be articulate as well as find out more about themselves.  The students sense of self relies heavily on their creative aspects which are being suppressed by the system.

Up until this point I have talked about standardized tests and the negative effects it has on functioning society.  This was to reveal how we got to where we are now, a society who largely is incapable of thinking and lacks confidence and self-worth.  But I fear the future generations are going to be much worse.  Thanks to the Covid-19 debacle many schools have shut down and are teaching remotely for a half the week if not entirely in many cases.  Although standardized tests have largely been discontinued for the time being (thank God) the set-up now is most likely worse.

Kids, who are known for their ability to goof off, have the freedom to have class at home where the teacher is on a computer screen and kids can easily watch a show or play video games while they pretend to be paying attention.  Discipling them, which was already a thing of the past anyway, is nearly impossible.  At least when they were in school, despite the testing mania they still had gym class and electives and some time set aside for real subjects.  But now it is a struggle to teach anything period.  And much like how the testing companies profited tremendously from the tests the tech companies are profiting from online learning.

We are looking at a future where no one will be able to do anything.  An ideocracy type society where things must be done for us because we are no longer capable of doing it for ourselves.  A society where Artificial Intelligence will hold all the jobs leaving the job market to benefit a small handful of IT people and CEO’s.  Knowledge, thinking, and creativity is the foundation of any society.  If we do not have those than everything falls apart.  It is imperative that we take back learning and get away from this central planning type of system where everyone is taught nothing.