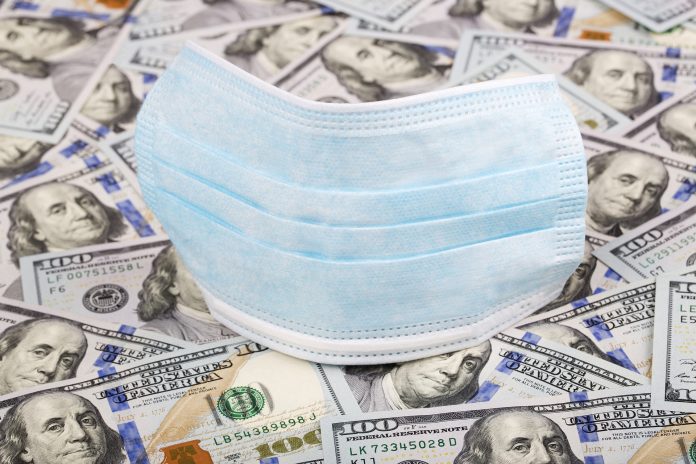 The idea that the world will go back to the way it was prior 2020 is laughable.  Those times are over.  Those with absolute wealth and power, that is, the real rulers of this world have no desire to roll back the tide.  Nor do most people want to go back.  The middle and upper classes which the global economy gets its fuel from have been spoon fed the idea that the way things were before were unacceptable.  Without any thought they acquiesce to the corporate/political tune of change and the discarding of the antiquated, disgusting past that is pre-Covid.  The poor, of course, continue to have no say in the matter.  Nor do they care about the puppet’s rhetoric regarding social change.  All they care about is where and how are they going to pay their bills and buy groceries or whether they’re going to get caught in the crossfires of a gang shootout or if they’re going to be harassed by the cops.

The governments, corporations and non-profits are all cheerleading this “Great Reset.”  The middle and upper classes (not knowing any better), for the most part, concur that the world needs to be transformed as well.  This new era of tech will advance education, lift people out of poverty and will make global society more inclusive, diverse, and equitable.  It will break barriers pertaining to different languages, cultures, and economies.  The advancement of artificial intelligence (A.I.) is the panacea that will save humanity from itself and all we must do is sit back and do nothing and let the technocrats play the hero.

Obviously, this is not going to be the case but that is the nonsense that is spewing out of the talking heads of the ruling class.  However, not all of this is just babble, there is some truth to the rhetoric.  For example, technology has made life more convenient particular in the areas of communications.  Information, now widely available online, where years ago one would have to go to a library or travel long distances to a major city or university and look through some type of archive system.  Now, if someone who is a researcher or scholar is living in an obscure area theirs a good possibility that they must never leave their living room to get the information they need.

Of course, the accessibility of information online comes with some downfalls.  Having information online makes it susceptible to censorship or at the very least demonetization making it difficult to find on a Google search.  Most information that holds any type of value has been and will continue to only be found by the initiated.  For those that are not scholars or researchers studying particular fields won’t be able to come across real information nor would they know how to interpret it even they did.  For the average person, the internet has intensified an already cumbersome world of information.  The concept of information overload.  And very anti-social information at that.  Social media has put the information wars in overdrive as demonstrated with the Covid-19 conspiracy theories that widely spread across platforms.

Despite the access to more information most people are and shall continue to be bombarded by the ideocracy that is the corporate media and right-wing conspiracy theorists.  The fact of the matter is that without knowing how to slow your mind, think critically and understand context a regular person will be incapable of comprehending real information.  It is the double edge sword of the internet.  We live in a digital world where are minds are trained to be on fast-forward.  Constantly ingesting new information, new propaganda, new opinions, and new rhetoric.  We crave for the next dose of gossip or the hot celebrity story or the next fear porn like how many Covid-19 deaths globally or the mass shooting at a school that happened thousands of miles away from where we live.  People just do not care to take the time and learn context and think critically.  They rather just inhale whatever the latest trend is without thinking.  The internet is only valuable to those of us who know how to use it properly.  For everyone else it is just another sleezy magazine.

There is a lot more to this “new normal” than just information overload.  The year 2020 was a turning point in history like how the 1776 founding of America was, the Civil War and beginning of the Gilded Age and 1945 with the aftermath of World War II and the initiation of the Marshal Plan.  Society has now entered yet another new age.  This would have happened without Covid-19 the virus just hastened this new beginning.

I have already gone over(briefly) the pros and cons of information accessibility and how its only productive to the few that know how to maneuver it and for everyone else it’s more like a weapon against them.  This is likely to proceed in the new era as censorship and disinformation continue to flourish.  Let us look at some other aspects of the “new normal” primarily in the areas of labor and social control, which as emphasized above, information plays a big part of.  To understand these two conceptions better let’s examine a recent article by the Pew Research Center titled, Experts Say the ‘New Normal’ in 2025 Will Be Far More Tech-Driven, Presenting More Big Challenges, where many experts in the field of tech state their opinion on where the world will be in 2025, less than five years from now.

Marcel Fafchamps, a professor of economics and a senior fellow at the Center on Democracy. Development and the Rule of Law at Stanford University states, “the economic contrast between the ‘confined,’ the ‘essentials’ and the ‘unemployed’ will perdure.  The confined are those who can work from home and be productive.  Because employers save money on them, they will continue to prosper.”

Fafchamps is predicting that jobs will continue to be placed in these categories further dividing the workforce.  The times of just looking at jobs as jobs is so 2019.  The workforce will be categorized into what is essential, non-essential and confined.  This will degrade those in positions of non-essential who will always have to live in fear of losing their job.  The fact that their line of work is viewed as unimportant will cause further degradation and a feeling of less than.

Fafchamps also predicts the continuity of the “gig economy.”  These types of jobs will exist for the purpose of catering to the white-collar, work from home industry.  Fafchamps believes that the gig jobs will be fiercely competitive and hard to unionize making it a wet dream for employers that choose to take advantage.

The ability to work from home will make things more convenient for people and ease street congestion and traffic.  To counter the positive, the isolation will lead to segregation, close-mindedness, and social control.  The everyday person is being placed by necessity into confined areas with the illusion that they have a choice in the matter.

Even more alarming is Microsoft researcher, Danah Boyd’s statement that, “inequality will create a huge division between those who are thriving and those who are in dire straits.  There will be plenty of high-status people who will come out of the pandemic with wealth, health, and their life goals intact.  But a large amount of society will be dealing with all sorts of ripple effects.”

This contradicts the rhetoric of the Eric Schmidt’s of the world who claim that A.I. and the new normal will bring forth a more inclusive world.  This “new normal” that is being pushed on society will divide the classes even more so.  The accretions of the big corporations will increase the opulence of the patriciate while typical people will become more and more poor.

Even more disturbing than the deterioration of the workforce is the loss of privacy and civil rights.  Battling Covid-19 by way of technology is a double edge sword.  Not only can governments and corporations track and surveil Covid-19 they can also track and trace people in general.

As Professor Fafchamps notes, “civil liberties were severely curtailed during Covid-19.  New tools and technologies were introduced to control people better, including phone apps that identify likely social interactions between people.  These tools will be used by totalitarian regime to control their population better, on the Chinese model.”

Fafchamps goes on to state how working from home will make individuals more susceptible to repression.  Communicating online and communicating physically in the real world are two totally different things.  Online communication can easily be hacked and surveilled by employers, governments, and cyber criminals.  Censorship can be easily enacted making it extremely difficult for activists and unions to organize.  This is not just something that individuals are being forced to do.  The ridiculous trend of online activism has been going on for several years.  The idea that social media is the panacea for activism is pure Silicon Valley propaganda.  It is true that social media makes it easier for people to connect with one another especially if you are trying to organize a group globally.  However, censorship, surveillance and propaganda are far too widespread in the digital world.  Simply put, the cons outweigh the pros.

Fafcahmaps, says we are entering a “post-democratic era.”  The movement from physical to digital will reverse democracies spread on the account that dictators and fascistic corporations will hold all the cards.  “Privacy was always a luxury in the past-only the rich enjoyed it.  Then it spread to a large fraction of the population in the West.  Now it is receding again, in a way that mirrors the rise in inequality and the inevitable fall in civil liberties.”