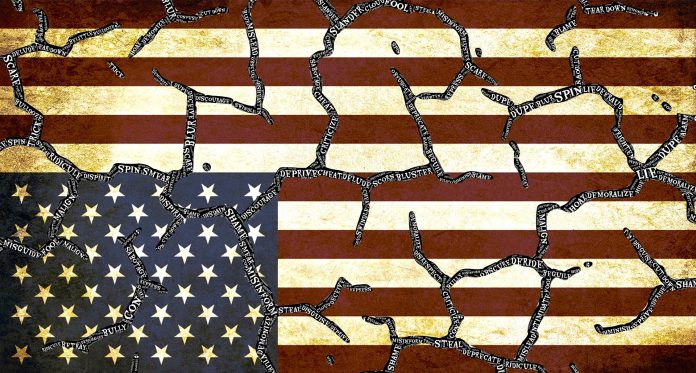 I can honestly say that I am disappointed with the way people have been behaving.  And this is coming from someone who has been studying propaganda and psychology for the past couple of years.  Within that time, I have come to understand that most of us do not have free will.  Instead we have the illusion of free will.  We believe the decisions that we are making are our own.  The politics we follow.  The interest we have.  Our ideas of what is right and wrong.  In truth, many of us have no real concept of reality.  It is all molded from what kind of shows we watch, the music that we listen to and what we are taught in school.

Technology has played a significant role in manufacturing societies beliefs.  We are constantly exposed to things that influence our state of mind.  Our phones go off every time an app alert occurs letting us know what kind of nonsense is happening with the President or are favorite celebrity.  We can watch whatever movie, show or political commentary at work, school or while jogging thanks to our phones.

The media keeps harping on how America has become so polarized as if their oblivious to how this could have happened.  Like it is some type of random phenomenon.  It is the media that has caused this country to become polarized.  Every time we turn on the news, we are bombarded with Republicans this, Democrats that.  As much as the media denounces Donald Trump’s twitter rampage, they still give it so much attention.  In the entertainment sector (which is owned largely by the big media companies) political jargon and identity politics candidly dominate the storyline in most movies and tv shows.  Even sports now, are more like political ads as athletes in the NFL, NBA and MLB, among others, all take knees and refuse to sing the national anthem as they urge their followers to vote for the Democrats who are just as responsible as the Republicans when it comes to inequality.

These artificial social movements help tremendously to pin the common people against each other.  Furthermore, it gives those on the left a false understanding of social justice placing over them the belief that the same banks, corporations and politicians(which whom the celebrities represent and are often employed by) that conduct the anti-social behaviors that have caused the deaths of millions of lives through war, pollution and debt, are in fact the heroes.  The sports and entertainment business would have everybody believe that the perpetrators responsible for the world’s problems are limited to the Republican and right-wing parties and a select few oil companies.  The rest of the multi-billion-dollar corporations and liberal parties are not only excluded but are insinuated to be the only remedy to the issues of the working and middle class.

This concept is not only delusional, its also divisive.  It is the major factor that has polarized everyday people.  The idea that if you belong to this party, then you are an enemy that needs to be shut out, has caused the most division.  Of course, those on the right have been subjected to the same type of rhetoric.  Though it is true that Hollywood and the media control most of the nation’s programming, Rupert Murdoch’s News Corp is nothing to trifle with.  Those on the right are constantly being exposed to the deranged babbling coming from Fox News and the radio industry which has long been dominated by the far right.  Rush Limbaugh has had one of the highest rated shows on radio.  Contrary to tv, movies and tech, the radio has steadily been the Republicans stronghold.  The oldest platform for an antiquated ideology.

Its hard to image the type of stuff coming from these right-wing talk shows or that anyone could buy into it.  That said, living in the New York metro area my whole life, being used to the same type of music, culture and intellectualism being spewed by the big dogs in New York City, I sometimes forget that theirs a whole another country out there.  But just like the rest of us the country boys and cowgirls are engulfed in propaganda too.  Theirs just has a different flavor to it.  The outdated, xenophobic, and patriotic fanaticism that makes one feel as though he has somehow gone back in time to the antebellum years of the South.  Instead of being hypnotized by terms like diversity and sustainability the deep North and South are persuaded by the bible and American flag.

There is no fundamental difference between the two ideologies.  As Malcom X once spoke of in his great speech regarding the wolf(conservative) and the fox(liberal), the conservative is easy to spot because he is more blunt but the liberal is harder because they pretend to be your friend when really they want to cut your throat.  Hence, the slyness of the liberal is what qualifies him as the fox.

The Covid-19 hysteria brought on by the media has done a superb job at frightening, hence dividing, the masses even further.  They have managed to turn the plague into a political scandal.  There are two sets of beliefs pertaining to the virus.  A Republican belief and a Democrat belief.  One side, the conservative, believes that the virus is not that bad, and some do not even believe that the virus exists at all.  And on the other hand, those that are on the liberal side take it way too seriously and believe we should shut everything down.  And of course, there are always people in between but the vast majority it seems are isolated to their own sides.

This has caused people on both sides to mindlessly regurgitate talking points like denouncing Dr. Anthony Fauci, a leading member in Trump’s coronavirus task force, because he allegedly crossed Donald Trump.  Or putting signs with catchphrases on their lawn that state “science is real” echoing the democrats disingenuous call to believe the rhetoric coming from the pharmaceutical companies regarding the reality of Covid-19.  Most of these people probably have no idea what any of these trends mean.  It is just something to get behind, so they feel good about helping their political gods.

For someone that has been studying the inner workings of propaganda I would think that I would have become more immune to the frustrations caused by the constant back and forth fighting.  But considering the election, chaos has erupted even more so.  Trump supporters are demanding a halt on the counting in a last-ditch effort to try and save Trump’s victory even going as far as intimidating the ones doing the counting.  The Biden supporters are marching in the streets chanting something like continue the count.  And both sides are bashing heads.

It gets tiresome watching society fight each other over the very people that are responsible for so much destruction.  Moreover, not only do these false gods know any of their fanatical followers by name, their more than likely laughing profusely at them as they make fools of themselves live on youtube and the evening news.  When will the world snap out of its trance and see these politicians and celebrities not as gods but as demons.  Use your common sense.  Stop spending every waking hour on youtube or social media.  Limit the amount of tv you watch.  Do not swallow every little thing your teacher spoon feeds you.  The less technology you use the less exposure you will get to propaganda.  Therefore, you will see life from a different perspective.  You may even develop some humility.  The powers that should not be want to divide us.  So, the best way to fight them is to ignore them altogether.  We do that and maybe we will be able to find out the type of people we really are.

The Screen Kids of the 21st Century

Just A Quick Rant on the Religion of Consumerism

The Screen Kids of the 21st Century

The God’s They Believe In