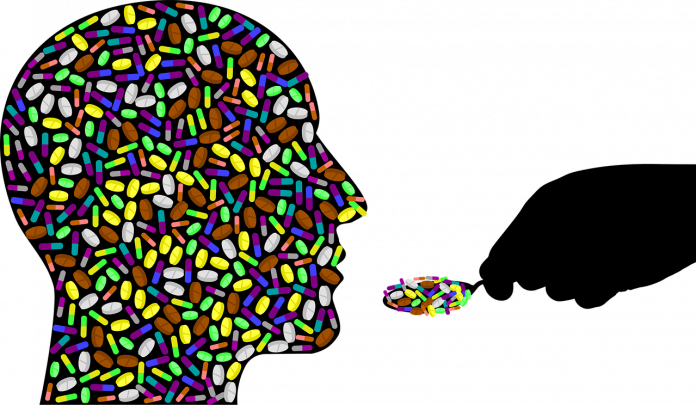 The current crisis that is the Covid-19 pandemic has taken up center stage hogging up space in basically everyone’s heads.  Its dominance in the media cycle is unrivaled.  But Covid-19 has shadowed another, even older crisis, the opioid crisis.  The opioid crisis has been around longer and most likely has caused more heartbreak for that very reason.  It has not faltered during the worst year in living memory.  In fact, it has flourished.  The pandemic and the epidemic are both intertwined with each other as the isolation, loss of loved ones, loss of jobs and the fear porn that is the media has driven society to the escape route that is drugs and alcohol.  Depression, anxiety, loneliness, and drug use have advanced greatly during the pandemic.

The opioid crisis has grown to astronomical heights.  Generations are being lost to this disease just like societies are losing valuable time courtesy of the Covid-19 pandemic.  The opioid crisis has caused so much turmoil that it pushed the entertainment business to create countless documentaries, films and tv shows like Hightown on Starz’s which have been made to analyze the problem.  But much like any other catastrophic issue it is necessary to go back and figure out how the opioid epidemic began.  How did we get here?  Why has so much of the youth decided to a shot at taking a shot (of heroin).  How have they become so desperate that they have turned to opioids as a type of materia medica.  Of course, the usual suspects are to blame.  Purdue, the pharmaceutical giant that got sued for lying about the addictive qualities of their Oxycontin painkiller is the exterior part of the problem.  It is interesting though, how the public is more than willing to blindly take a vaccine shot from the very industry that caused the opioid crisis without questioning or looking into the very controversial history of the companies producing the vaccines.

But the deeper issue that the media and the psychologist and sociologist like to harp on is the interior factor.  That is the issue of mental health.  The very depression and anxiety (among other things) that has been intensified by the Covid-19 lockdowns.  According to the so-called experts the remedy for these issues be it heroin or mental health is more programs and more institutions.  While these may be a short-term solution there is no desire to investigate the origins of any of these problems.  As far as the naïve buffoons of the media and academia are concerned this is something that just suddenly happened with no explanation.

Actually, there is a wide range of causes and many of them have to do with the very institutions and corporations that are claiming to try and solve these issues.  Technological advancement is one major factor to the mental health crisis and therefore, the opioid crisis.  With the rise of communications comes more exposure to the perils of the world.  Back in the days of horse and buggy the news could only be read from a newspaper or heard at the town square.  Gradually this changed overtime first with the radio and then with television and now we can carry fear porn with us in our pockets.  There are more news programs than ever before, and they are constantly telling us how horrible the world is with extraordinarily little emphasis on anything resembling the good in life.

We get updates on our phones, bombarded with clips and articles on social media and then we turn on the six o’clock news that tells us the same horrible shit that we have heard repeatedly all day through the other outlets.  Horrible shit that could be happening a million miles away that has nothing to do with us, but it has been imbedded in our minds that we should fear it.

Hollywood does a great job of intensifying this fear with constant films and shows of violence and death (and drugs).  There are more violent shows being promoted than they are comedies and buoyant dramas.  And again, thanks to things like the internet and smart phones we can expose ourselves to them wherever we want whenever we want never seeming to get a break from the pessimistic chimera that is Hollywood.

The technological advancement of the communications industry is but one aspect of the mental health epidemic which is the nexus to the opioid conundrum.  It would be too cumbersome to go through and analyze the entire list of things that have caused the ultimate crisis in this article.  What is important right now is the understanding that the origins need to be researched and analyzed to find a long-term solution as opposed to the short-term which is being promoted by the government and big corporations and media outlets which would rather see everyone living in halfway houses forever instead of living their lives to the fullest.

It’s also worth pointing out that the drug crisis is not new.  The drug epidemic really started to get on its feet in the 1950’s with the mass distribution of heroin into the United States by the Sicilian Mafia and then the Corsican crime syndicate (the French Connection).  By the mid-1970’s, cocaine coming in from South America took the number one spot for narcotics use eventually leading to the crack epidemic.  By the 1990’s and early 2000’s opioids hopped back on as number one.  The drug epidemic of the ‘70’s would give rise to President Richard Nixon’s “War on Drugs” which has continued until this day.  With that has come the rise of the police and surveillance state where average cops whether it be city or township would acquire bullet proof vests, multiple tactical units and even tanks.  The regular everyday people that their sworn to protect have become their enemies due to the superfluous militarization and suzerainty of the police force.  This has created devastating consequences for society, particularly black American communities who are being murdered by cops on a catastrophic level.  In short, we are paying taxes not for protection but for oppression.

The idea that we should rely on the same system that has turned its citizens into enemies is absurd.  The half-assed solutions recommended is not a panacea to the opioid crisis.  The real solution lies with going back to the beginning of the problem.  That is, when and where the problem began.  Once you pinpoint the origin and identify it you will be able to figure out a solution.  To be candid, the solution is going to be something most people do not want to hear.  The dissolution of social media and the iPhone would be a huge start, as stated before, the constant injection of negativity via the news, online bullying and entertainment are just one of a few of the main causes of depression and anxiety which can lead to drug use.  Again, it is not necessary to go through all the causes in this article the point is to trace the source of the problem of drugs to solve it.